The Merge went smoothly and successfully, but it was a nightmare for all volatility buyers. Now, we have another week of macro headlines and key interest rate decisions.

On the macro side:

With no doubt the most followed and most influential event is the FOMC rate decision. The 100 bps rate hike is now “priced in” with a probability of 16%. Last week, Core CPI rose 0.6% MoM and all measures of CPI numbers were above their median forecast. To be honest, as long as the US labour market remains stable, I do not see any reason why we should see a Fed pivot. At the moment, I am skewed to a 100 bps hike rather than 75 bps.

Nevertheless, I expect the following scenarios:

US 1Y Yield is now 4.0683% (!!) and US investment-grade bond yields are 5.14% on average, which is the highest they have been since 2009. Fewer than 15% of S&P500 stocks have dividend yields greater than these yields. So, why should investors risk their capital?

In addition to this, Europe is well behind the curve. I do expect a lower EUR against both USD (currently EURUSD: 1.0027) and CHF (currently EURCHF: 0.9665).

On the crypto side:

Going into the Merge, there was massive vol priced in as the ETH weekly ATM implied volatility was 140% prior to the merge. It then dropped to 94% immediately afterwards, while the realised volatility was unchanged throughout the whole event.

Similarly, the ETH-BTC Implied Volatility spread dropped across the term structure, but the volatility premiums are still large. I see an increased appetite for ETH downside as a high-beta trade into the FOMC rate decisions (long BTC, short ETH).

BTC ATM implied volatility term structure is in contango with weekly maturities below 70% vol. I think being long volatility and short delta into the FOMC is a nice volatility trade here.

ETH was once again unable to hold higher prices and to break the $1,800 resistance. A hawkish Fed will see ETH approaching the $1,200 support and ETHBTC at 0.065. 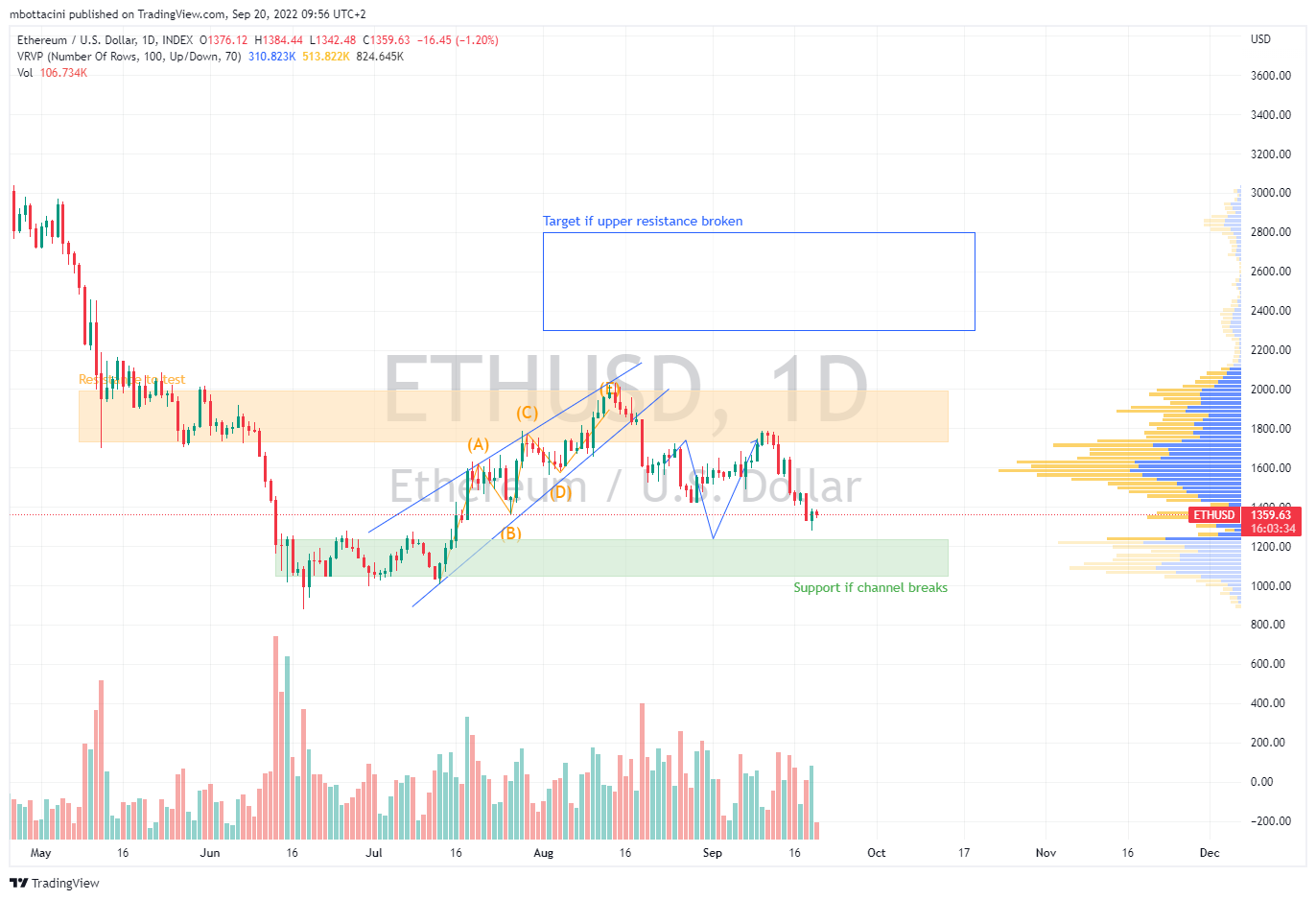 Do you want to unleash the full potential of digital assets?

See our solution
News made for you

TA Tuesday: USD dominates all currencies, weighing on both digital and risky assets

Stay up to date with our newsletter